Excerpt from the novella The Feeling of Falling:

Indigo was driving home up Interstate 5 after a trip to the coast, where there was a lot of sand and some able gulls. Azul did not accompany. He reached down to pick up a pebble on the smooth reflective sand that the waves made. It was not agate, but he played with the little white stone anyway, felt its weight, wondered if any human hands had ever held this particular pebble, concluded that that was extremely highly unlikely. A little creek was flowing into the sea, exposing reddish rocks where it moved. For just a minute, Indigo (who no longer had the pebble in his hand) watched this water flow and became it. Tao. The driftwood had been deposited into piles on each side. The wood might have been from an island a thousand miles away. Indigo went closer to the ocean water, daring the waves to catch him, running backwards from a line of foam and laughing (even though Azul was not there to add her giggle to the constant roar). Then he watched the water return back oceanward and became the vaivenes. Tao. The wind picked up, and some rain started falling earthward and onto Indigo’s head and afterward onto the hood of his jacket. He became that, too. Down, out, back, into. Tao. He knows he is that pebble he returned to the beach. Maybe only ever touched once. There is one set of tire tracks heading around the bend. Azul was not there to stand between those tracks and was not even around the corner. Indigo had a sudden falling feeling, and a tear or two rained down from his eye. His body was water like that. Tao. Indigo was driving faster than most of the traffic on I-5, so he was in the left lane passing trucks spritzing rainbows between rainshowers. There was a big rainbow in the sky for a few minutes. Red orange yellow green blue indigo violet. The sun was irisating and then disappearing into bluish grayish blackish clouds. Azul. Indigo turned off his windshield wipers when they started squeaking. Home was ninety kilometers away. The crows were waiting outside his window there. 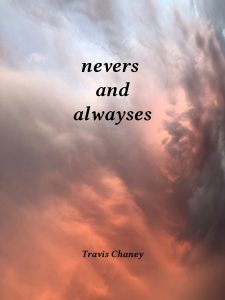 Excerpt from nevers and alwayses:

Sometimes, when the darkness lifts a little, there are orbs and trihedrons and hemispheres of sparkliness and opalescence and pulsations, respectively. Jarsful of music and motion ripple at my stomp. There is a shelf with a box of balls to juggle. I can’t juggle, but I can place them in an infinity of arrangements. When I roll them or kick them into place, where they stop is up to chance and gravity, maybe the tilt of the floor. Every once in a while, I place one carefully there or there. If that big inevitable earthquake finally broke loose during one of these sessions, maybe they would bounce around like multicolored popcorn.

It is really hard to get down there in that basement and pull that string to make that one bare bulb shine forth, to find a vase that I want to fill with some flowerlike cry or some multipetaled regret. There is a canvas that is waiting for some lines and irregular heptagons. Blue or violet or magenta, or some of each.

All of this to say that today was one of those days that I groped around in the darkness in my studio of almosts, my basement of deconstructions, my cellar way down under the twisters of oblivion. My arms groped around in that gloomy space until I found the switch and flipped it up, discovering a few more minutes worth of life.

Today it is a poem. Tomorrow it is a photograph. Yesterday it was a thought of a longlost parent, a thought that I formed into obelisk that I did not worship or into a basilisk that I did not fear. I markered colors on a sketch pad, depicting the swirls of my neuroses, squares within squares of lostness. At times I even ink in diagonals, adumbrate at joy glitterily, literally leave my mark on paper in a pad in a box on a shelf here in this arm of the Milky Way.

One day last year, I called a crisis line and talked to a voice, blubbering sobs and heartflutters and whys. I asked, “When do I know that I am bad enough to need to be hospitalized or institutionalized?” I guess since I didn’t have a gun to my head or a blade to my wrist, I didn’t need to be taken away that day. But the thought even comes up on less down days, even in less vibratory moments.

Today it did not, fortunately. A friend called unexpectedly and reminded me that some things I say echo in silent amens. I had not spoken to her in over twenty years, but she had heard and had known, had shared with me that she sometimes pulls out from a little box in a closet a jumble that I scribbled down for her in great passion and worry and love way back then, something that for her still flashes, blinks, shines. Today I did not have to ask myself if anyone would even miss me… 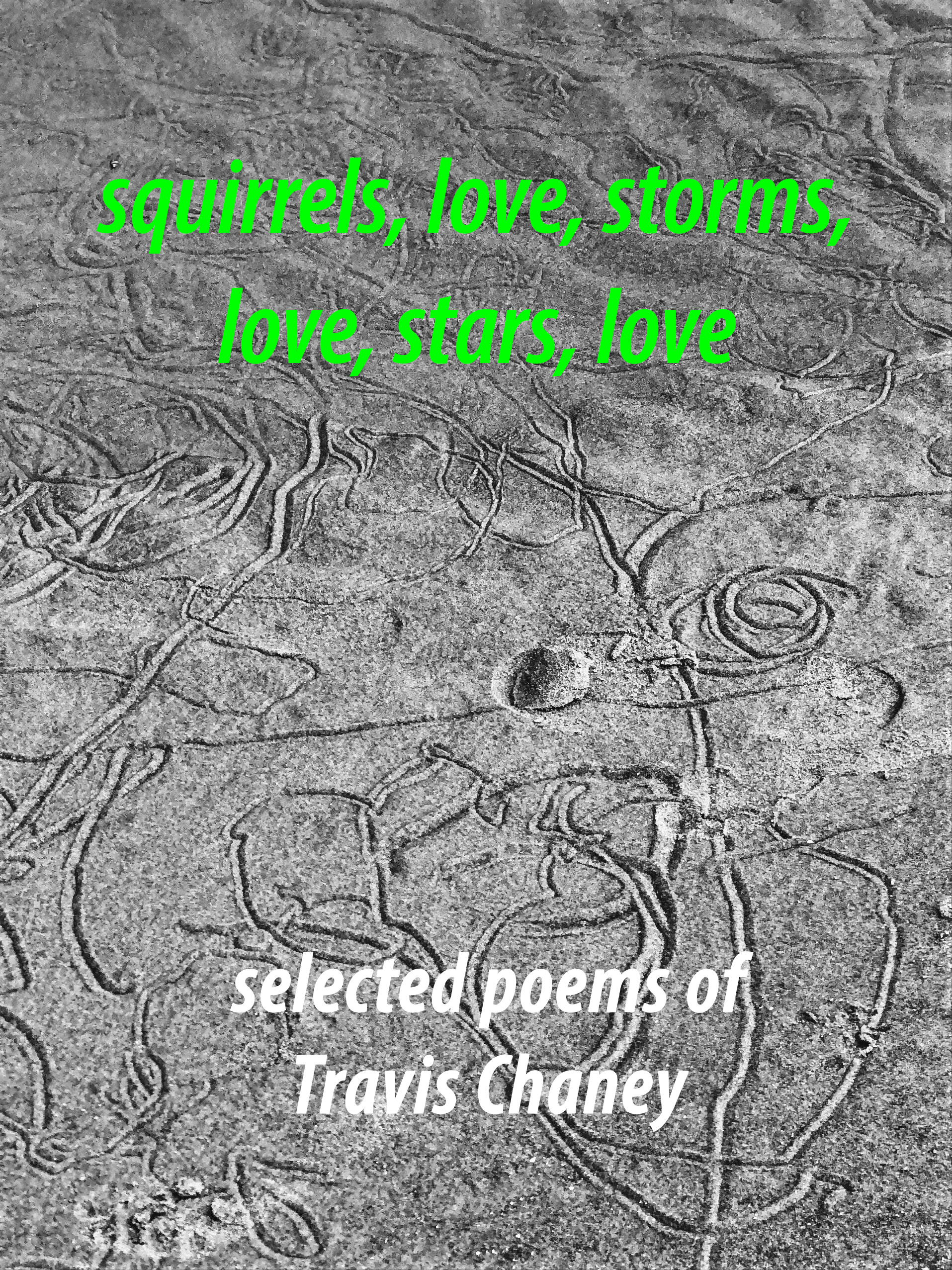 poet on poet (star to star)

we both seem to revolve around the same merciless joy

I heard you say something I say

I hear an intonation that I intone

that will astound us when we see it

I’m pretty sure there are (a) words about to spill

until we are ankle deep chest deep

[words from cores that are perfect molten spheres]

and (b) yellows around particular oranges

we’ll scribble down and immortalize

that our four eyes expand

somewhere there are (c) children

and rivers and temblors

on a walk that will never happen again

I hear some keystrokes

contrapuntal to my keystrokes

pages are filling up under our busy hands

piles of pages (for perhaps readers perhaps besides just us)

there will be releasings of sighs

on ready breasts or lost in the roar of the ocean

and under a species of tree I cannot yet name

a quartet of eyes waiting for

A review of The Gates, a film by Albert Maysles

Theme by Anders Noren — Up ↑